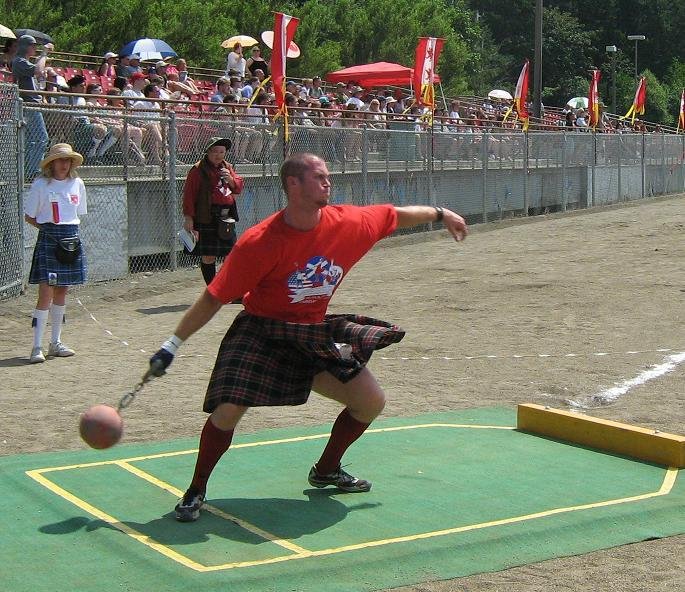 The Kelso Highlander Festival Highland Games competition will be held on Saturday September 10th in Tam O'Shanter Park.  Registration forms when they become available will be under the 'Highlander Festival Forms'. If you have any questions you may contact Connie Reams.

According to tradition, Scottish Highland Games had their beginning when originated by the kings and chiefs of Scotland as a reasonable agreement method of choosing the best men at arms. Crude forms of the athletic events you see today were developed to test the contestants for strength, stamina, accuracy and agility.

Of course, they used the elements and materials of their day-to-day life and so the caber toss, archery, wrestling, and foot races up steep hills were seen.

The present day popularity of the Scottish Games must be credited to the indomitable Queen Victoria, who developed a love for Scotland, it's people, and things Scottish early in her life. She with her entire royal family, regularly attended the Scottish Games held at Braemar.

The game of Gowf, as it was referred to in Scotland, was so firmly established and its playing so widespread that an Act of Parliament was required to preserve the skills of Archery by prohibiting gowf on Sundays. It is particularly significant that it was the town Burghers of the East coast towns that were the principal gowfing miscreants. It was about these towns, Aberdeen, St. Andrews and Leith that the rolling sandy lands, the Links lands, between the sea and the town, were to be found, and it was on these lands that a game with a cleek and a ball took on a form that started an evolutionary process that continues to this day. 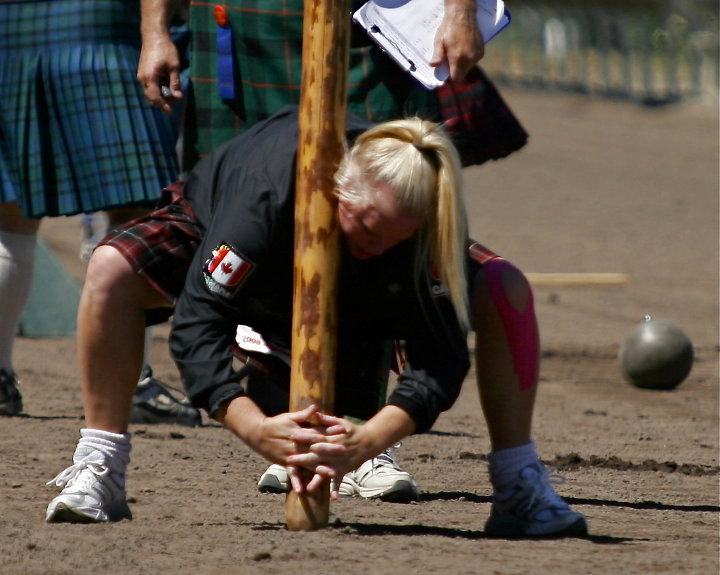 The ceremony of the Kirkin' O' The Tartan is of American origin, though based on Scottish history and legend. In 1746, following the defeat of the Scots by the English in the Battle of Culloden, April 16, a special Disarming Act was passed, forbidding not only carrying or possessing arms, but also forbidding wearing the kilt, plaid or any other tartan garment. This prompted the stubborn Scots to secretly carry with them a piece of their tartan as they went to the Kirk (church). The minister would then slip a blessing (a Kirkin') into the service for the tartans.

Each clan in Scotland has it's own tartan. Clans were gatherings of families for economic and political protection, as well as social support. Members of the clans were thus not necessarily related by blood ties. As specific tartan was developed by a clan, using local herb dyes. The tartan thus became the symbol of it's wearer's kinship.

Based on this history and legend, the Saint Andrew's Society of Washington, D.C. held a Kirkin' on April 27, 1941. It was led by the late Dr. Peter Marshall, the eloquent Scot, then Chaplain of the U.S. Senate and pastor of the New York Avenue Presbyterian Church. Since that time, Kirkin' O'The Tartan services have been held with increasing frequency in many churches throughout the United States.

The Kelso Highlander Festival Kirkin' services will be held on Sunday at the First Presbyterian Church in Kelso. A reception will follow the 11:00 am service. If you have any questions regarding Kirkin' services please contact Fiina Fowler.

Open from 8am - 6pm
Monday - Thursday